With the monetary environment quick moving toward the awful hellfire the media have been nagging about for as long as a half year, there are sure customer merchandise being left on the rack. One significant loss is the engine business, since let’s be honest, picking between keeping warm, took care of and watered or having another vehicle yet kicking the bucket of pneumonia is not actually a decision by any means. It’s maybe odd then that your Mitsubishi vendor will disclose another vehicle this late spring – apparently to an unfilled display area. What’s considerably more odd is that Mitsubishi are known best for two things. Right off Shogun which  is not just an extraordinary 4×4, yet a forcefully styled design embellishment for any bouncer, jock or just manufacturer. 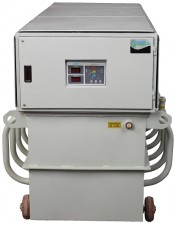 A mix of being a la mode, extensive and great on the harsh stuff is helped hugely by the way that the Shogun is super charged so you can go wherever abruptly while having passersby think they’ve seen the world’s quickest elephant. The second vehicle Mitsubishi is known for is obviously the Lancer Evolution range. Fundamentally a space rocket with another forcefully styled vehicle taped to it, the Evo is currently in its 10th manifestation and is giving no indications of easing back down in its advanced age. Well known in equivalent measure with vehicle criminals and rally drivers the Lancer is a bone fide supercar blender with the most recent variant finishing the 0-60mph scramble in a bewildering 4.1 seconds.

Alright you say, so Mitsubishi are known for the abovementioned, yet for what reason is this odd? Well when you see what they’re battling the financial torrential slide with all will turn out to be clear. Called the I MiEV, the new vehicle is little, not forcefully styled, and is battery controlled. Have sua chua servo Mitsubishi lost their marbles? In short no. Regardless of the vehicle resembling a toy vehicle, the designing behind it is everything except a piece of cake. Mitsubishi have been unobtrusively chipping away at battery controlled vehicles since the mid nineties and the MiEV (Mitsubishi inventive Electric Vehicle) is the their rewards for all the hard work. Indeed, even the littlest subtleties seem to have been carefully planned, with traveler space healthy with the batteries under the floor (where the gas tank would ordinarily live) and the actual engine under the back seats.

The I MiEV has been worked to conform to the strictest outflows guidelines on earth – the Japanese K-vehicle rules. The K-vehicle strategy advances more modest, more proficient vehicles as a trade-off for less expensive duty and protection. That implies the I MiEV is under 4ft 10in wide (a full 10inches smaller than a Fiesta) and looks even smaller because of its grandiose styling. Urgently it’s 1,000,000 miles better than the G-Wiz which will be the Mitsubishi seller’s principle rival when hoping to secure a deal.